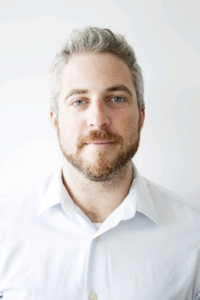 I studied Physics in college and towards the end of school, I met some guys that were modifying the original Quake source (this is like 2003) and implementing their own rendering algorithms. I thought it was just so neat. I got a job at MIT working in nuclear fusion research, but I didn’t forget about the rendering world. So, after three years, I left physics to go study computer science at Columbia University. There I met researchers from the nearby Blue Sky Studios, which is where I started working when I received my Masters. I spent the next 10 years in the RnD department working on rendering and simulation software. And now I’m with Intel working on their open source rendering software libraries.

The first film was Rio from Blue Sky Studios. I was a software engineer working on the renderer. I think the first thing was materials filtering.

Probably Peanuts – we really nailed the look and feel of the source material.

Currently I work on Intel’s Rendering Framework projects such as Embree, OpenVKL, OSPRay, and OpenImageDenoise, which are all open source.

I like that it allows engineers around the world to work together even though they are not employed by the same people. If it’s not secret sauce directly tied to the bottom line of a company, then it’s more efficient to pool resources. For dislikes, if I never heard the term CI again, I’d be fine. That’s not really an open source issue though.

I am the Technical Advisory Council (TAC) representative for Intel. It’s a great experience with very dedicated people working with a great mandate.

Legal. But really any kind of code reuse is always tough in software. At the end of the day, every show has its own problems and solutions. Crafting and maintaining solutions that are useful long term in a heterogeneous world is difficult.

Where do you hope to see the Foundation in five years?

I hope to see people working together, and that it’s helped the industry to grow faster than if everybody was separated.