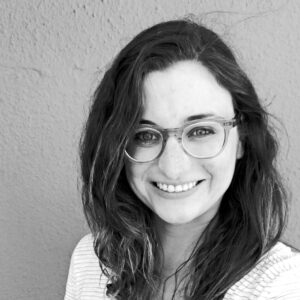 I graduated from the University of New Mexico with a film degree and a minor in computer science. I started working at a boutique VFX studio in Albuquerque called Pivot VFX, which was a startup birthed from the short time Sony Imageworks had an office in Albuquerque. I worked on everything there – from compositing to editing to pipeline development to animation coordination on The Smurfs 2 (best first film credit ever). From there I got an opportunity to join Industrial Light & Magic (ILM) as a technical assistant. From there, I was fortunate enough to work with some amazing mentors to learn the world of color science.

I currently work for Netflix on our Creative Technologies and Infrastructure team in Los Angeles. Our team focuses on the standards of the future – where is imaging technology headed, and how can we best utilize it to enhance creative opportunities as well as ensure creative intent is preserved. Open source software plays an important role in the future we envision!

One of the things I love about this industry is that even if the film or TV show or game you’re working on isn’t going to win Best Picture, finishing it with a team of incredible people is still rewarding. In this vein, my favorite production I’ve ever worked on was Teenage Mutant Ninja Turtles II at ILM. It was an incredibly stressful and fast paced project, and I worked some of the longest hours in my career to help get it done, but it was worth it. The entire team pulled their weight, thought outside the box, and kept each other laughing. We were able to output work we could be proud of on an extremely challenging timeline, and I credit a lot of that to the effort put into forming and keeping a stellar team mentality.

I’m currently co-chairing a working group for ACES – Academy Color Encoding System. The group is focused on gamut mapping in a scene-linear space – trying to mitigate issues that crop up around pixel values that map outside the visible spectrum (from camera sensors, CG content, or grading operations) and has participants from all over the globe. I’ve also been tangentially involved in OpenColorIO (now an ASWF project) for the last few years – definitely getting more involved now, there’s tons to do even for a non software engineer like myself.

I think for a while now, it’s been justifying the resources to contribute to open source as opposed to company IP. The work involved in making the case to your boss and your company to devote engineering resources they are paying for to a project accessible to anyone, for free, has long been a hard sell. This means a lot of development for open source is done on personal time, which for many can ebb and flow in life and affect the stability of many otherwise great projects. Enter the ASWF: a resource dedicated to easing the stress around a lot of these logistics – from the verification needed to accept a project (proving legitimacy and usefulness for employers) to the legal logistics around contributing from both a company and individual standpoint. Particularly in the entertainment industry, where IP is the foundation of our business, this is critical.

I think one of the most important things is to document how the Foundation supports the projects that have joined so far going forward, long term. Now that ASWF has a good mix of projects at different levels of maturity joined, it’s a great time to clarify what supporting them looks like, before too many more join and scale becomes a barrier. The needs of every project are going to be different, but a clear path forward for what these projects can expect from the Foundation will make a world of difference, both to current and future projects.

My advice would be the same as for the open-source industry at-large: pick something you’re passionate about, or interested in learning more about. The people running these projects are, in my experience, incredibly giving of their time to get new contributors up and going, and great fountains of knowledge in their domains. Ask questions! Make mistakes, try something outside your comfort zone.