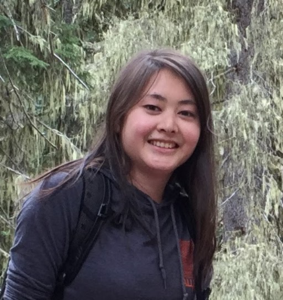 As a kid, I was fascinated by Pixar’s Toy Story so I went to school to learn how to be a part of this industry. Initially, my goal was to become an animator. But after doing some research and through schoolwork, I decided to focus on learning film VFX compositing. I started in this industry as a rotopaint artist and then a compositor at various studios in Vancouver. I started learning Python on my own to pursue a path of becoming a TD that eventually led me to Sony Pictures Imageworks.

I am currently working in SPI’s software development group, focusing on Nuke. Generally, that means solving issues that compositors may have and also working towards the larger goals of our team. I am also involved in our colour pipeline which involves working with OpenColorIO, hence why I am a big fan of that particular Open Source project.

The first film I ever worked on was actually the last Harry Potter movie, Harry Potter and the Deathly Hallows – Part 2. I was a stereoscopic rotoscope artist on that film, which means I was separating out different elements of the final composited images into pieces for stereo-conversion. The first film I got a film credit for was Jack the Giant Slayer as a rotopaint artist at Digital Domain.

I like the highly collaborative aspect of Open Source development and seeing all of the hard work be used by others. Most importantly, it is great to be able to grow as a developer through feedback from fellow Open Source project peers.

I am a member of and contribute to ASWF’s OpenColorIO. It is a great group of patient people who have helped me navigate my first Open Source project contributions – learning about proper contribution etiquette, keeping a clean git history and readable, and project-specific do’s and don’ts.

It is entirely likely that as a developer in this industry, you already work with something that is part of ASWF. Sometimes it can be something that is running silently in the background like the case of OpenColorIO. So, start looking at that something you interact with every day and want to improve and get connected with that particular project.

Behind the ScreensNukeOpenColorIOSony Pictures Imageworks