By Emily OlinOctober 14, 2020No Comments 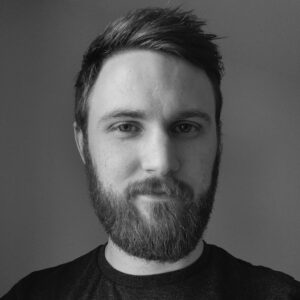 Since a young age I’ve always been drawn to film technology. Watching behind the scenes over and over until the VHS tapes wore out was a common occurrence. When looking into universities, I had originally planned a dual degree in Computer Science and Film Studies, until I stumbled upon a unique degree offered by the Rochester Institute of Technology. The Motion Picture Science program there was a dream come true for me, I was exposed to the core imaging technologies and sciences that allowed movies to exist at all, and loved every bit of it. I owe a lot to my professors there and the open and collaborative environment that the program created.

My first step into the VFX/Animation industry was with Sony Pictures Imageworks (SPI) in 2016. I was brought on as a Color Scientist where I was tasked with supervising the color and imaging workflows of both their feature animation and film visual effects work. It was a great privilege to be able to learn about VFX with a company that helped build some of the industry’s core technologies and to lend a hand with some really great projects. It was due to Sony’s strong pedigree of Open Source development that I was first introduced to OpenColorIO and its community. It was (and still is) a great experience to see how collaborative and welcoming the industry was to a newcomer like myself.

I currently work at DNEG as a Colour Scientist in the Production Technology department where I help oversee the colour workflow and technologies for Film VFX, TV VFX, and Feature Animation projects here. I am also actively involved in the open source community with both the OpenColorIO and Academy Color Encoding System (ACES) projects.

DNEG is a really dynamic place to be. From the largest VFX films and TV shows in the industry to the smaller more intimate productions, it’s really exciting to be able to help tell their stories. Working alongside industry leading artists and supervisors is easily the best part of the job, where both sides of art and technology are eager to learn and grow together.

The first film I worked on at SPI was Storks. Being my first foray into a fully animated film, it was an amazing learning experience to see the whole workflow in action. Working to help an amazing team of artists and supervisors up until the credits rolled was a really rewarding and inspiring experience.

I am principally involved in the OpenColorIO project. From first re-kindling the fires at Imageworks, to having the initial conversations around Autodesk’s significant contributions to the project and the migration to ASWF, it has been a really dynamic couple of years. With OCIO having its 10th anniversary this year, its really exciting to say that, with ASWF’s support and the community at large, we’re at the healthiest level of active support and development in many years and have a clear ecosystem to carry this forward far into the future.

I think the biggest challenge is time. With many projects to contribute to and a large percentage of contributors double dipping into management roles within the projects and ASWF it’s self, many open source contributors are required to treat their involvement as a second job when personal schedules allow.

I think it has already been proven to be really transformative to have product providers and studios both contribute to Open Source as a first rate citizen and not as a tangential effort. The leaps and bounds that OCIO has recently progressed with is largely attributed to having full-time engineers working on the project. I think it’s easy to see that computer graphics is one of the most dynamic areas of growth and technology right now, and the need for open software and interchange standards will only grow in importance. I fear that unless these open projects are kept at the bleeding edge of capability and performance, it will force the hand of studios and product providers to push closed-source solutions.

I think the ASWF working to incentivize its affiliates to allow meaningful contributions of resources in the form of their employees time and focus will help. In the present time with unknown challenges and hardships around the corner, I think the ASWF can help foster an ecosystem of continued and sustained effort to keep the bedrock software and systems of our industry progressing forward.

With all of these Open Source projects, I don’t think the social aspect of them gets promoted enough, and from first hand experience I can say that the VFX and Animation industry as whole is very welcoming to newcomers. Join our social communities, and you’ll quickly find that it’s a very small world where you can discuss and learn from some of the brightest minds in the industry. Open Source is not only a practical software development method but also a spirit of community.