Initially developed by Industrial Light & Magic (ILM), OpenEXR is an Academy Scientific and Technical Award winning high dynamic-range (HDR) image file format for use in computer imaging applications. It is a widely-adopted standard in computer graphics for linear and interactive media.

OpenCue is a fully featured, open source render manager for media and entertainment that can be used to break down complex jobs into individual tasks. Developed in collaboration by Google Cloud and Sony Pictures Imageworks, OpenCue is an evolution of Sony’s internal queuing system, Cue 3.

“This announcement marks a new phase for the Academy Software Foundation. We’ve achieved our initial goal of accepting OpenVDB, OpenColorIO, and OpenEXR – projects which greatly influenced the Foundation’s formation – and we are now ready to support and drive collaboration around newer projects like OpenCue,” David Morin, Executive Director of Academy Software Foundation. “Studios and developers are finding value in having a neutral home for the open source projects that our industry relies on, and we look forward to growing our projects and continuing to find new ways to support to the broader open source community.”

“For us, the single most important thing we create are the images that we put on screen, and we’ve all come to trust the OpenEXR format with our most precious data. ILM’s decision over 15 years ago to make EXR available as an open source project for the filmmaking community arguably set in motion an industry-wide trend that fostered collaboration and shared advancement, eventually culminating in the creation of the Academy Software Foundation. We’re proud to contribute OpenEXR to a new home to ensure it remains a robust and stable project for years to come,” said Francois Chardavoine, Head of Production Technology, Industrial Light & Magic.

OpenEXR was developed in 1999 by ILM in response to the demand for higher color fidelity in the visual effects industry. It was released to the public as an open source library in 2003, and it has since been widely-used and maintained through code contributions from companies including Weta Digital, Walt Disney Animation Studios, Sony Pictures Imageworks, Pixar Animation Studios, Autodesk, and DreamWorks, among others. OpenEXR was honored with an Academy Scientific and Technical Award in 2007.

OpenEXR is ILM’s main image file format and has been used in all motion pictures that ILM contributes visual effects work to since 2000. The first movies to employ OpenEXR were Harry Potter and the Sorcerer’s Stone, Men in Black II, Gangs of New York, and Signs. Recent films include Solo: A Star Wars Story, Avengers: Infinity War, Black Panther, and Star Wars: The Last Jedi.

Developers interested in learning more or contributing to OpenEXR can visit the OpenEXR Github page.

OpenCue is based on Sony’s internal queuing system, Cue3, which has been developed and used in production at Sony over the past 15 years to schedule and manage tens of thousands of shots over hundreds of projects (over 150,000 simultaneous cores run so far in a hybrid environment).

Developers interested in learning more or contributing to OpenCue can visit the OpenCue Github page. 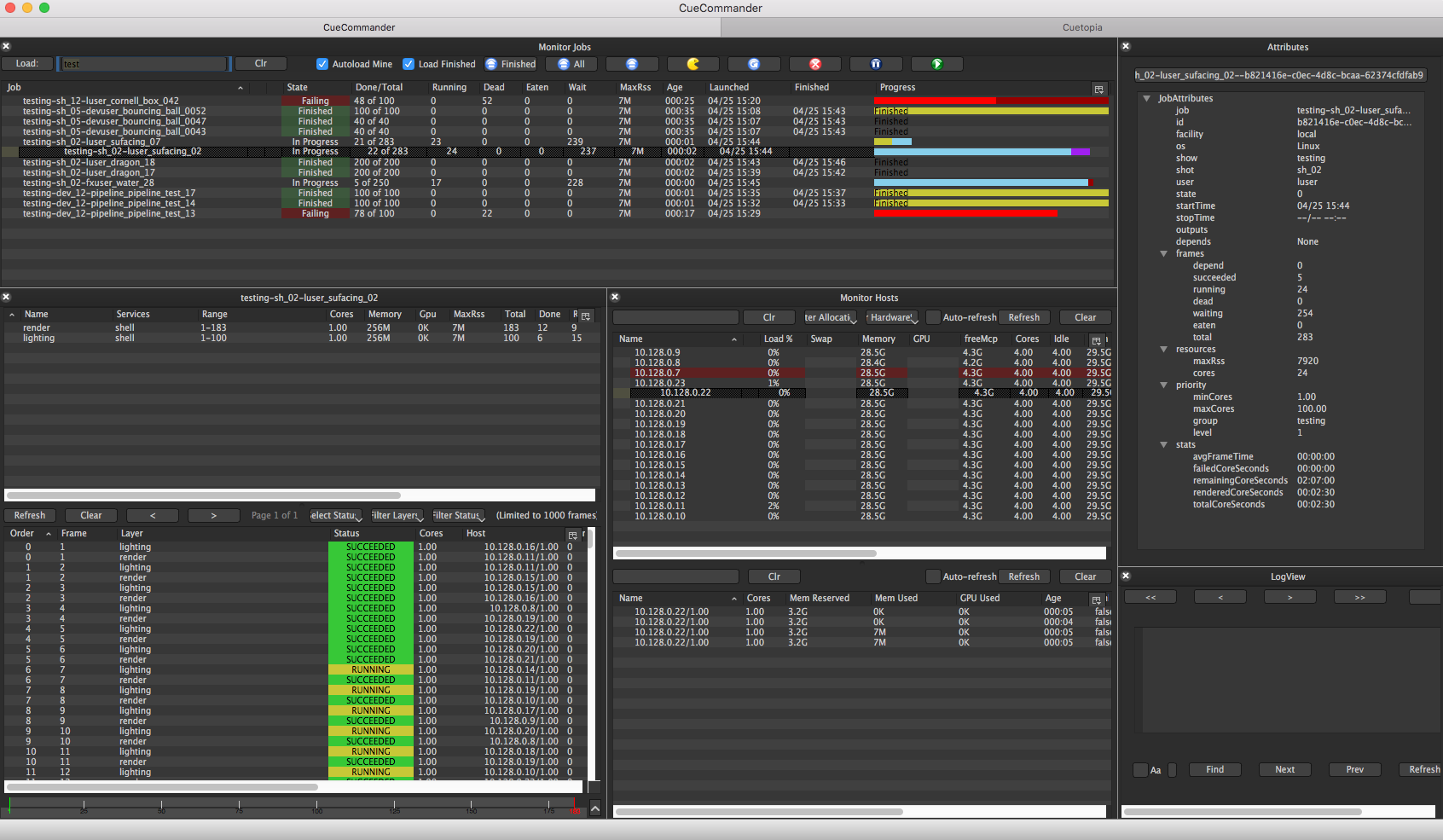